Civil War prison camps were notoriously awful places to spend any time. Both governments in the conflict were ill prepared to take care of the large number of prisoners that ended up on their doorsteps. Forts, warehouses, and even islands in the middle of a river or lake were made into makeshift camps for the thousands of prisoners who survived the battlefield only to have to fight the conditions of their incarceration. Many faced inadequate shelter to protect against the blazing hot sun or winter winds, overcrowding, and lack of food and clothing. Almost as bad was the mind-numbing, soul destroying tedium of day to day life in a prison camp.

To help alleviate the boredom, some soldiers turned to carving trinkets out of whatever they could find. A few proved to be quite skilled artisans as exhibited by this brooch and earrings. They were carved from beef bone by an unknown Union soldier incarcerated in Libby Prison, a converted warehouse at the corner of 20th and Cary Streets in Richmond, Virginia. 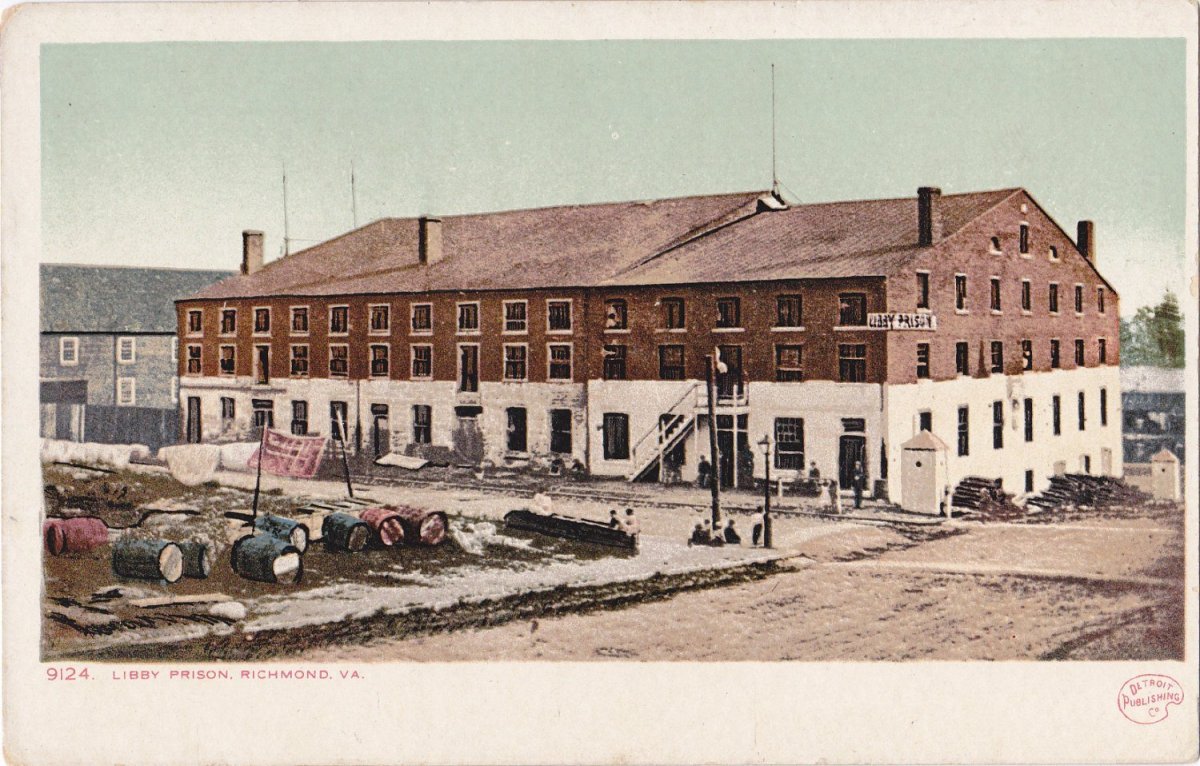