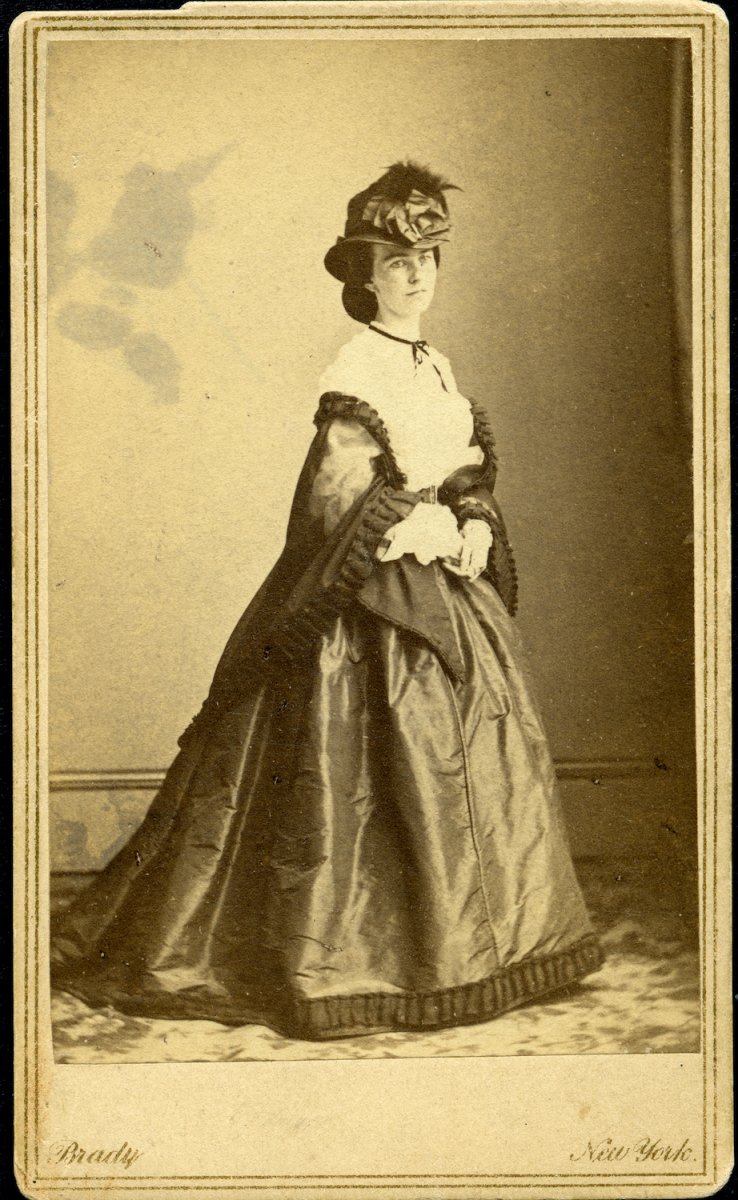 Julia Ann Mitchell (1831-1915) was the daughter of Julia Ann Burnham Mitchell (1807-1876) and Boston-born William Mitchell, Jr. (1797-1852), a noted jeweler, watchmaker, silversmith, and philanthropist in Richmond. The Mitchell family appears to have moved easily between Richmond and various Northern destinations, including Boston (where Julia was educated) and New York City, where her elder brother William Hubbard Mitchell (1828-1861) was employed. Julia Mitchell traveled extensively in Europe in 1859 and 1860. She found herself with divided loyalties at the outbreak of the Civil War; although she was devoted to the Confederacy, her fiancé, Fred Coggill, lived in New York City. When the war began, they found themselves on opposite sides of the conflict. Coggill sympathized with Julia’s loyalties to the Confederacy and her reluctance to relocate to New York during the war. Although in mourning a year later for her brother, who was killed in action fighting for the Confederacy, Julia Mitchell decided to marry Fred Coggill despite the war. She arrived in Union-held Norfolk, Virginia on June 7, 1863 via a flag of truce boat, and they were married six days later at Christ Church. Following their wedding, they, along with some of Julia’s family, left for Europe. After the war, the Coggills settled in New York City and had three children together before Fred Coggill’s death in 1870 at the age of 48. Julia Coggill survived her husband by forty-five years and died in New York in 1915.

The Photograph of Julia was taken at the famous Mathew Brady studio in New York.