Onto the back of this carte-de-visite, Mary Mason Anderson inscribed a heart-wrenching note to another son, St. George Tucker Anderson, born seven years after the death of the brother he never knew:

Be good, dearest George and try to meet this angel boy in heaven.
His “Mumma” 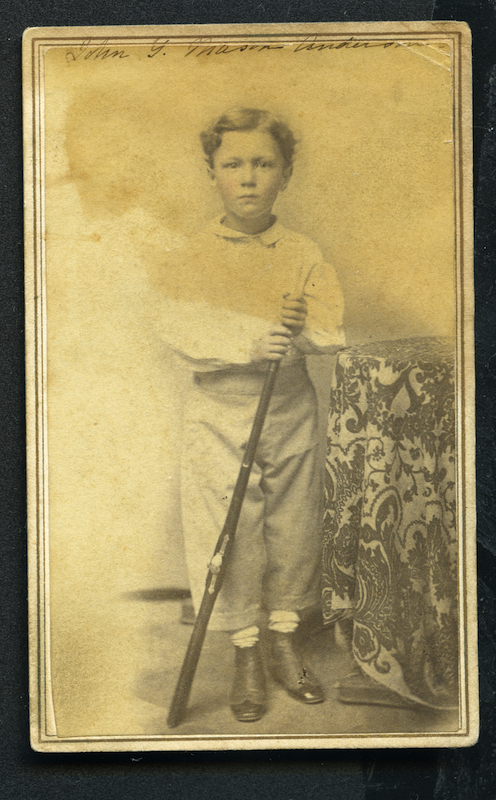 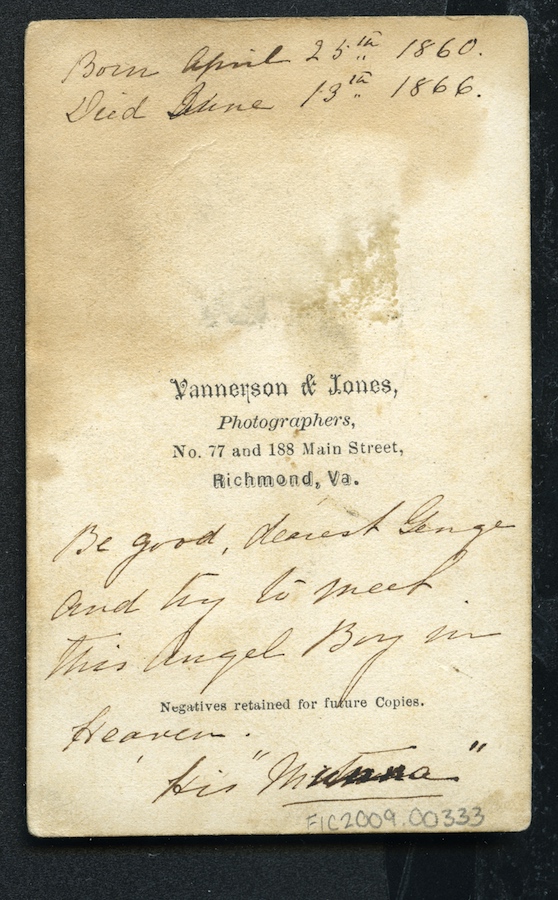 Later, an unknown artist hand-colored another copy print of the original image to create an oil portrait of the John Y. Anderson Mason.

The Anderson family owned the Tredegar Iron Works – site of the American Civil War Museum. John and George’s sister, Sally (1862-1954), was president of the Confederate Museum from 1912 to 1952.