Some editors called it the “great obscuration,” but despite the lighthearted superstition, Americans were extremely well informed about the total eclipse of October 19, 1865.

Ancient and early modern astronomers had long ago developed the principles used to predict solar and lunar eclipses and by the 1800s, American scientists could describe in great detail the timing and path of “obscurations.”

Baptist minister D.B. Bestor in Clarke County, Mississippi published a detailed explanation of the upcoming phenomenon on October 6, 1865.  Bestor described the size of the sun, the moon, and Earth; the distances between them, and how often they “generally get into an exact line.” He told the readers of the The (Meridian) Daily Clarion that the eclipse would enter the United States in Washington, pass through the Midwest, and exit the country near Charleston, South Carolina. Bestor assured his readers that “In Lauderdale and the adjoining counties, ten digits or 5-6th of the sun will be covered,” indicated which planets would become more visible when the light faded, and confidently stated that the predictions would “convince the unlearned that the science of Astronomy is true.”

Yes, Monday’s eclipse will trace a path remarkably similar to that in 1865. 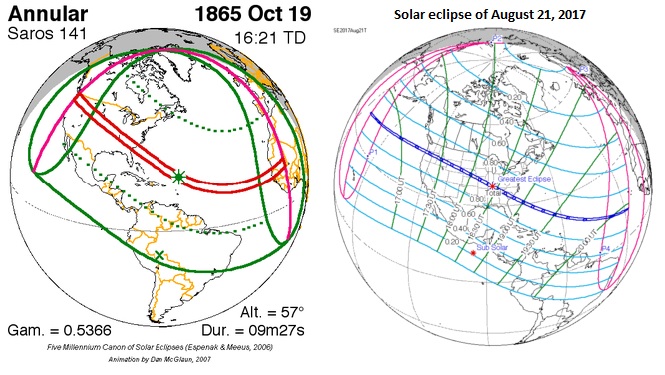 Americans viewed the eclipse through glass panes they had “smoked” by holding over candles and lamps. “People with large families sat up all night smoking glass” in anticipation, wrote one editor. “Telescopes and opera glasses were in much request, and many gentlemen were seen in the vicinity of the City Hall looking through the bottom of tumblers.”

People poured into New York City to view the eclipse, according to the Brooklyn Daily Eagle. “The Coney Island Railroad Company, with admirable foresight, put on several extra cars… and the City Railroad Company, with its usual enterprise, had a special car run from Flatbush, the window panes of which were carefully smoked to accommodate the passengers.” The Eagle editor noted that visitors were satisfied, “particularly the country people, who went home fully impressed that if you want to see what is going on you must come to Brooklyn.” 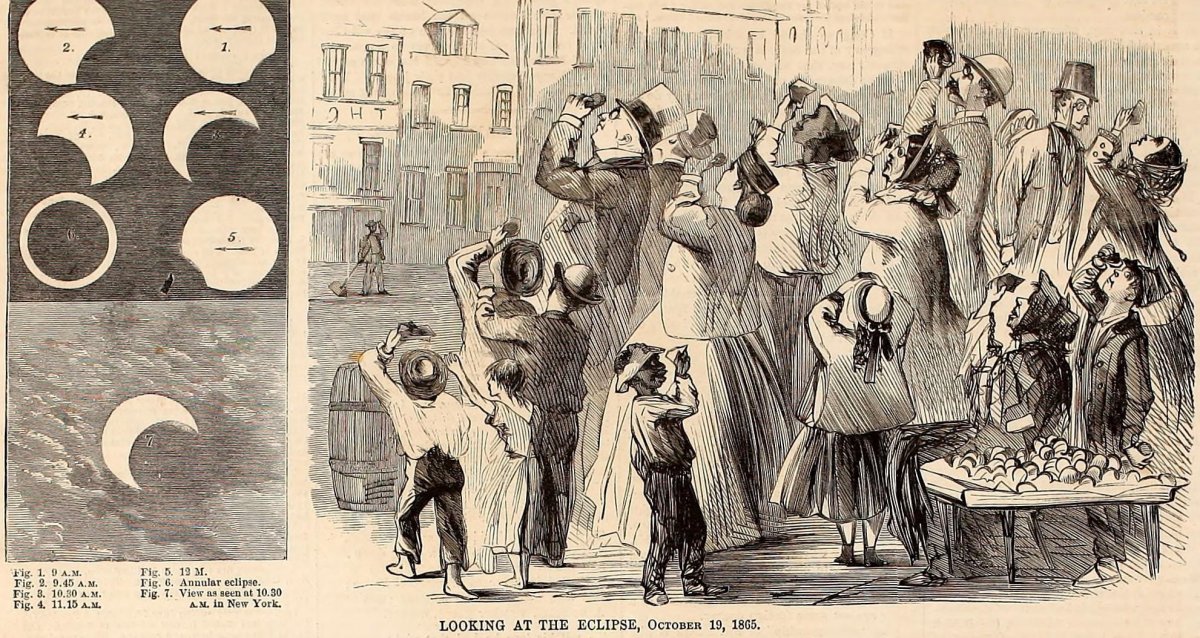 In the Midwest, some viewers were disappointed by cloudy conditions, but it did not dampen their sense of humor. The Richmond (Indiana) Weekly Palladium declared the eclipse “a popular failure, and the astronomers are respectfully requested to have it tried over again under better auspices.” Joking aside, he noted other locations in which “the sight was magnificent, and … observers were successful to their best desire.”

Like the New York railroads, many businesses took advantage of the opportunity afterwards. For instance, the “Bard of Tower Hall” published a tendentious bit of doggerel that began…

When peeping through his dusky veil,

And, faith, there was no need

Of an eclipse to quench his beams,

…but turned out to have been a tongue-in-cheek advertisement for the Tower Hall Bazaar, which boasted “a large, complete and comprehensive stock of gentlemen’s, youth’s, and boys’ Ready Made Clothing.”

The Daily Eagle humorously lamented that the totality “wasn’t shown up this way,” in Brooklyn, but concluded that it was “a very good eclipse of the kind; and as it was only advertised to be partial, no impartial person could complain.”

The editor looked forward to the next one, which “will happen in this State on the 7th of November; it will be a total eclipse of the Republican party. It will be visible without the aid of smoked glass; the best view will be obtained at the polling places through the glass ballot boxes.”

We at the American Civil War Museum advise against smoking your own glass to View the eclipse. Instead, join us on Brown’s Island where we’ll give you proper lenses, and see if you can have as much fun as these editors! 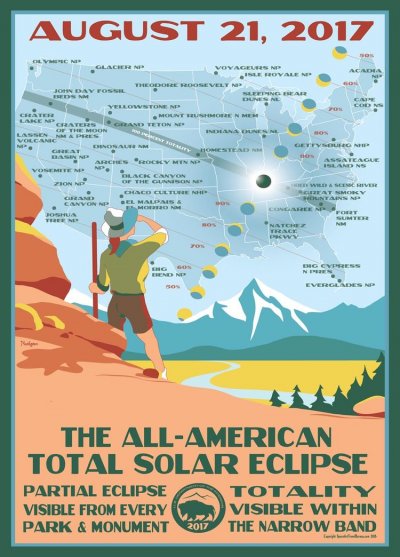