“It’s a grand reality,” exclaimed India W. Thomas upon the dedication of the new Museum of the Confederacy building on October 3, 1976. “Miss India” had been the Museum’s house regent from 1939-1963 and had started at the Museum as assistant house regent in 1925. For more than a half century she had hoped and dreamed – and planned – for a new building to store and display the collections that had outgrown the space available in the existing museum building (formerly the White House of the Confederacy). 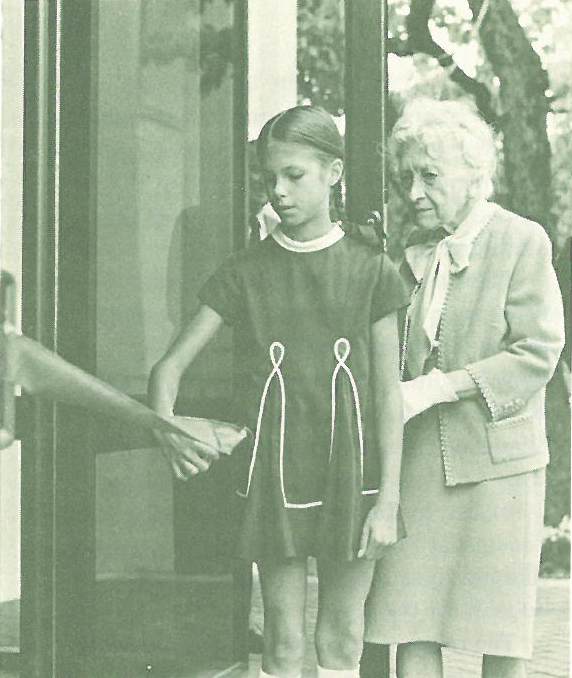 Forty years ago today India Thomas helped cut the ribbon that made her dream that grand reality. Opening the new museum building allowed the subsequent restoration of the White House exterior and interior as it looked during the years that it was the Confederate executive mansion – a process that became another “grand reality” when it opened to the public in June 1988. These were both important milestones in the Museum’s continuing evolution.

Many people worked long and hard to make the new Museum of the Confederacy building and the restored White House of the Confederacy grand realities that elevated the Museum’s international reputation as a first-class institution dedicated to preservation, education, and scholarship. Prominent among them was the Museum’s board chairman, Norvell (Mrs. Brockenbrough) Lamb, who died last year.

Thirty years and three days after the dedication of the new museum building, another institution became a grand reality. Today the future of the two institutions is intertwined. Watch this space Thursday for more about that other important milestone.