I was immersed in the world of American history from an early age.  I can recall the countless field trips my class took to Colonial Williamsburg, Jamestown, and Yorktown.  Touring Colonial Williamsburg, I distinctly remember the costumed interpreters.  It totally baffled me that people used to dress in long, heavy fabrics, go to wig makers to keep up with the new styles, and worship a king as their ruler.

The costumed interpreters made history more tangible.  I could see a colonist working the loom.  I could see horses parading through the town.  I could see rebels announcing the Declaration of Independence for all to hear. 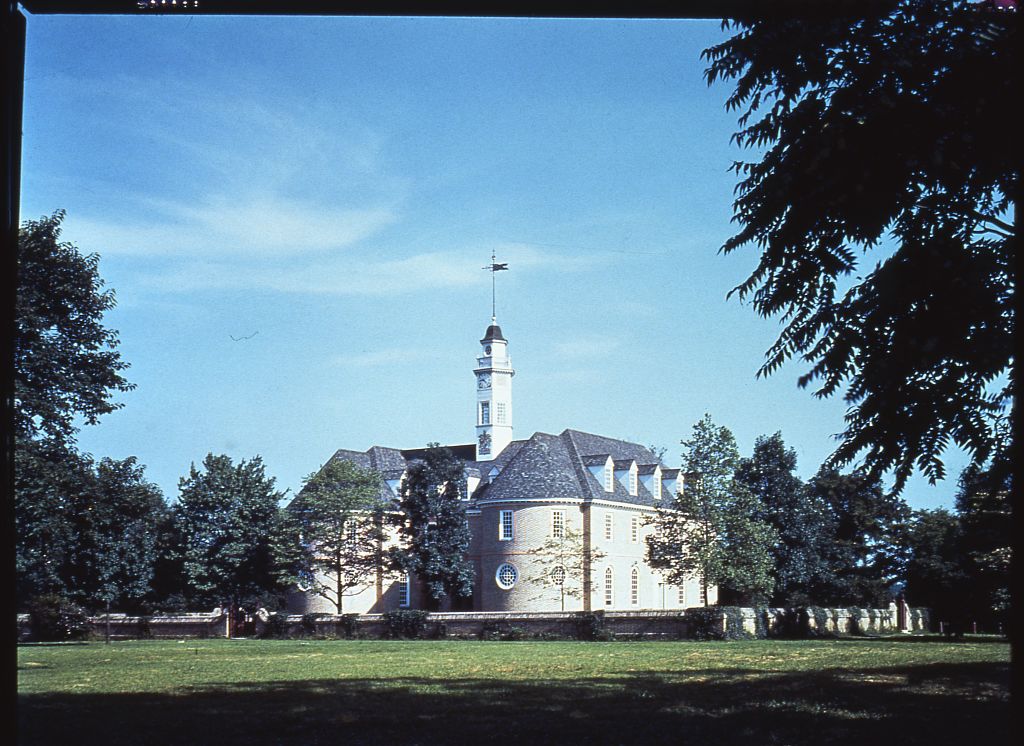 What struck me most of all was the Capitol building.  As I scanned over the humongous portraits of the kings and queens of England adorning its walls, I contemplated the fact that America used to be a colony ruled by a monarch, and people from our past used to swear allegiance to a rich and powerful kingdom thousands of miles away.

I made it my mission to discover more about the roots of my country.  Fortunately, the mentorship program at Maggie Walker has allowed me to continue my investigation of American history.  I sought out mentorships at museums in the area, and the American Civil War Museum seemed like the perfect fit.

When I was little, I remember the excitement on field trip day; it meant no classroom, no lecturing, and no writing.  I can recall one field trip to Jamestown, the first permanent English settlement in the New World.  Imagine if that colony failed and if the English stopped trying to colonize after that.  Where would we be today?  My background is English, Irish, Italian, and German, so I could be in any of those four countries right now if America was never colonized. The entire course of human history would change if Europeans never managed to colonize America.

As a little kid, I was too young to think about these things.  I was focused on the fort, the cool muskets in the armory, and the three English ships at the dock.  These appealed to me because they were so different from our life today.  The people of the 17th century lived completely different lives.  They lived in a time of monarchy, constant warfare, and religious dominance.  Food and other necessities were scarce, and there was no electricity.

History tells the story of man: the good, the bad, and the ugly.  It tells us the story of a rag-tag team of colonists who settled on some puny peninsula in the middle of the James River, and how their tiny, crude settlement became the birthplace of our country.

More than a decade later, I finally had the opportunity to explore my passion.  Battlefields and warfare intrigue me greatly, yet I also feel a strong attachment to the museum industry.  My interest in museums came from the various field trips I took as a child.  The layout and displays of the exhibitions at the Smithsonian and the Museum of Natural History intrigued me.

I contribute my initial interest in museums to my grandfather, a museum curator.  My grandfather ran numerous museums throughout his lifetime.  Although he focused on art museums, I still loved his stories of collecting rare artifacts and paintings from all over the world to put in his museums.  He told me how he became acquainted with Andy Warhol, Elizabeth Taylor, Alfred DuPont, and the Queen of England.  I will never get to meet most of these people, but the fact that museums connected my grandfather to so many prominent and talented individuals enhanced my fascination in the museum industry.

I had such a grandiose image of museums that the long lines for tickets, the crowds around popular exhibits, and the bustling of tour groups never seemed to faze me.  My focus was on the artifacts and artwork around me; they are indisputable symbols of man’s achievements.

Battlefields have this eerie silence that always captivates me, a silence that says the enemy is still lurking, ready to strike.  I feel this especially at Appomattox.  The silence of the battlefield feels wrong; it feels like the Union is still waiting on the other side of the hill.  I love that feeling.  I also love the weaponry, for the evolution of guns and cannon show us our technological development.  The quantity and materials of the weapons tell us about the discovery of new raw materials, and the invention of new machines.  Despite the fact that these items served to kill people, I love the image of a chaotic, booming battle.

Now it is my turn in the world of museums; the stories my grandfather told me would soon become a reality.  Naturally, I am elated; my wishes of working in the field of history are coming true.

Kevin is a senior at Maggie L. Walker Governor’s School, and he is currently enrolled in the school’s mentorship program.  The mentorship program, directed by Sharon Parker, allows high school students to go off campus and explore careers in their area or field of interest.  An avid lover of colonial and Civil War history, Kevin hopes to major in history and to pursue a possible career in museums.  He will be working at the American Civil War Museum from September 2015 to June 2016.