Learn about the origins of Kevin’s mentorship in part 1 of this series.

During my short time at the White House of the Confederacy, I have discovered many things about the Davis family that I have never heard before.  The historical interpreters, guides who have a true passion for Civil War history, tell generally the same information, but each puts his or her own spin on what they reveal about the Davises.

For instance, some interpreters recount Davis’s many illnesses.  Other interpreters choose to elaborate on the history of the house after Reconstruction. Some historical interpreters emphasize the personal life of the family, while others tell a compelling story of Jefferson Davis’s rise to power as the President of the Confederacy. It was evident that the interpreters have far more knowledge than they are able to reveal given the brief time frame in which they work. I asked them how they prepared their tours.

I was very impressed with the rigorous training required of the historical interpreters.  They must take a training course over a two month period, sometimes even longer, in which they study up on the history of Jefferson Davis, his wife, his kids, every item in the house, important dates, and the history of the Civil War in general.  Their mass of knowledge astounds me, and it makes me appreciate the hard work and dedication that historical interpreters across America demonstrate.  They are not simply “tour guides.” They are not trained to repeat a speech over and over. Rather, they strive to present the history of Jefferson Davis and the Civil War in a way that is both entertaining and informative. 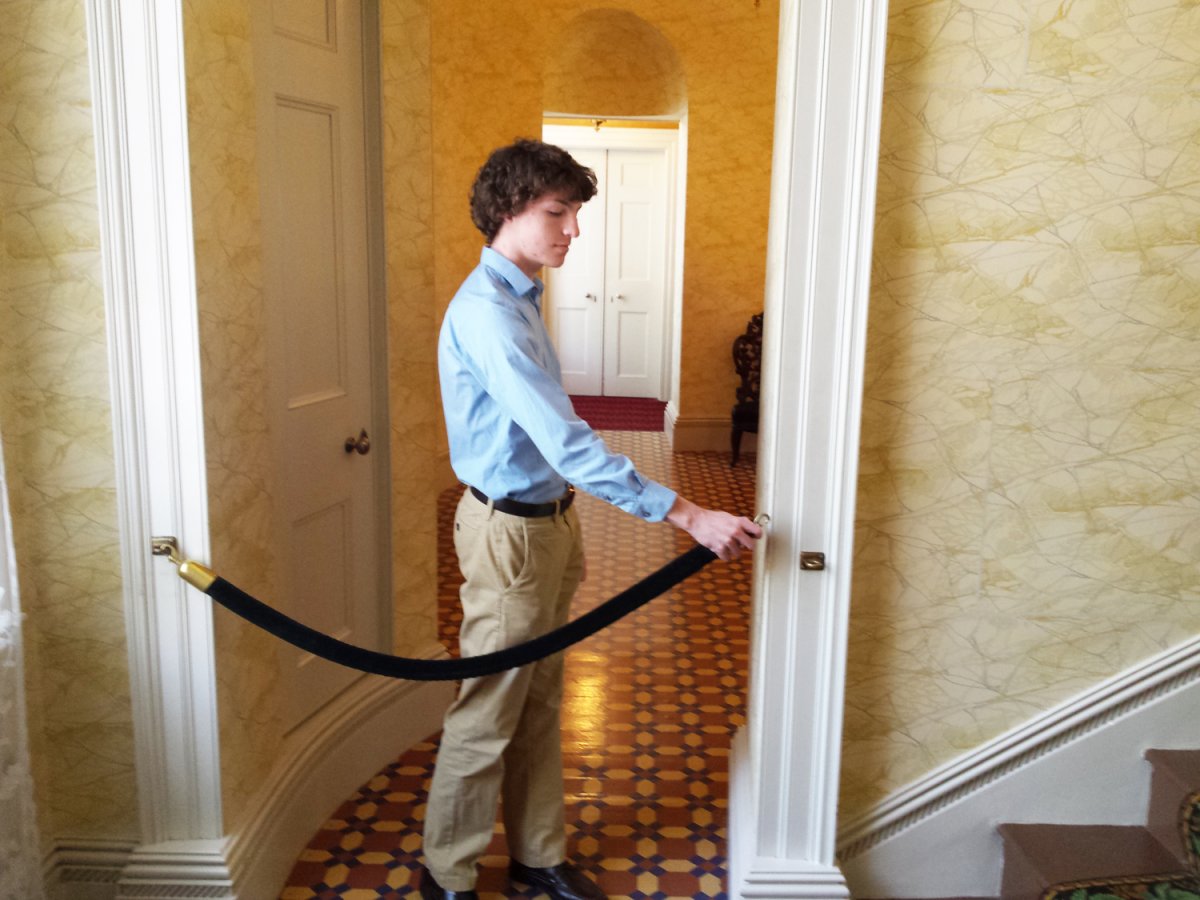 Roping off the entrance hall.

During the first few months of the mentorship, I served as a monitor.  I stayed behind each group, almost like a rear guard.  As we moved through the house, I could faintly hear the stories the historical interpreters told.  After a few weeks, I could play the tours like a record in my head.  Without fail, the historical interpreters always provided other interesting facts about the Davis family. This is precisely what I love about history; although you think you know the whole story, you really don’t. The constantly expanding narrative of the Davis family always kept me on my feet, eager to discover more. 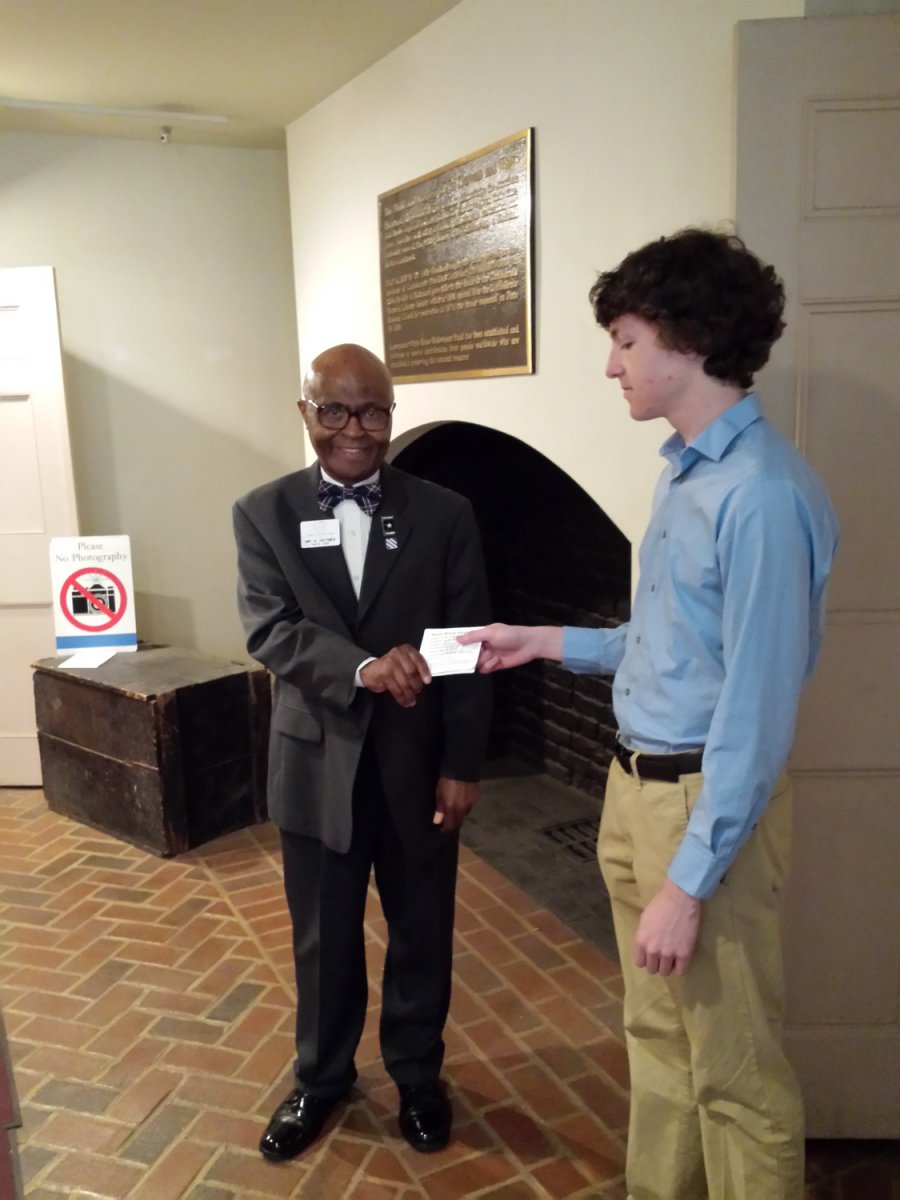 Each historical interpreter starts his or her tour by collecting the visitors’ tickets, which I count and record.  Next, the group heads to the basement, where I patiently stand and wait as the historical interpreter gives an introduction of the history of the building.  From there, I open the door and follow the group upstairs to the entrance hall.  What happens next is a system of roping off one area, closing doors behind the group, and following the group up and down stairs.  After a few tours, the process became second nature to me.

My time as a tour monitor taught me so much about what happens behind the scenes at a museum.  As for the interpreters, they were quick to open up around me, and I got to hear their life stories and experiences.  Some of them recently graduated from college and began work at the museum a few months ago.  Others have been working there for decades.  It is so amazing to think that history can connect people of all ages and walks of life together in one place, the museum. 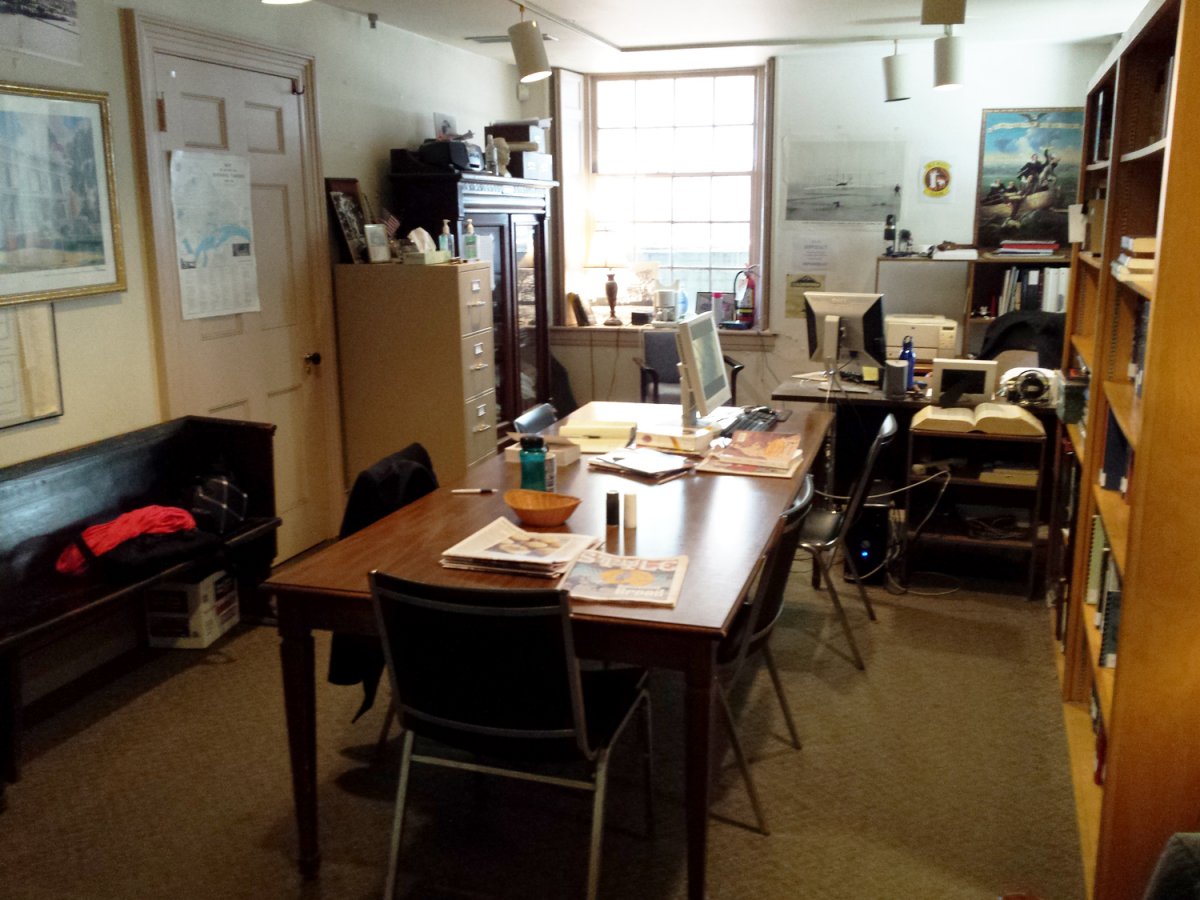 An empty guide-room. Everyone must be out giving tours!

As days turned into weeks, I began to feel like a real worker at the museum rather than a guest.  At times, I would walk in and hear the interpreters discussing a book that they had read, last night’s football game, or their weekend plans.  On other occasions, I saw their passions for history in action.  One interpreter designed a full three-dimensional model of the outside of the White House of the Confederacy, as well as a floor plan of each level in the house.  The model is so detailed that it includes the trees, roads, and fields that surrounded the house when the Davis family lived there.  It is quite a spectacle. 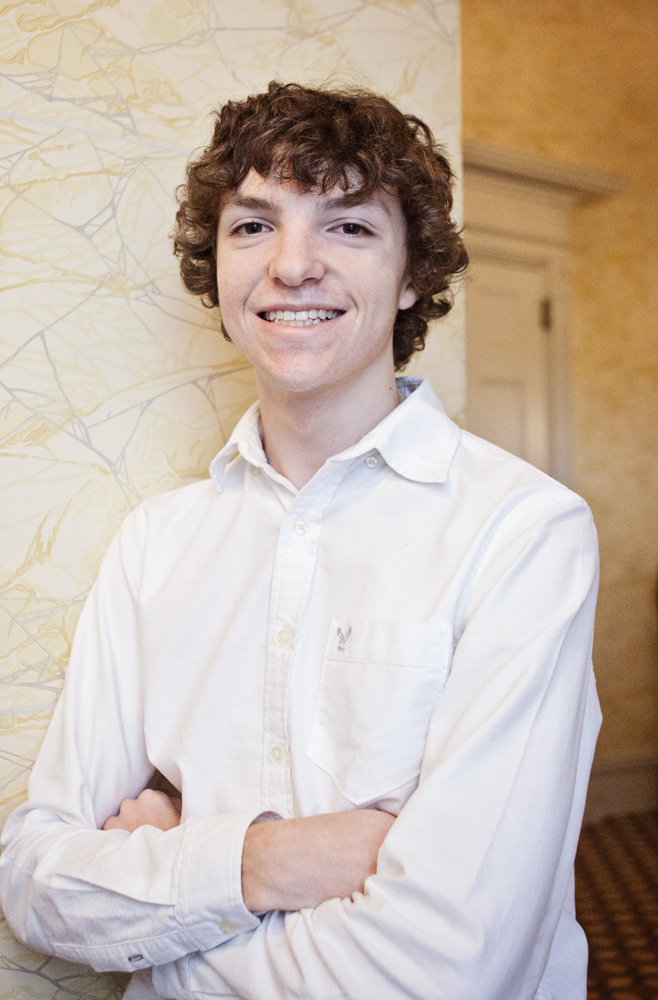 Kevin is a senior at Maggie L. Walker Governor’s School, and he is currently enrolled in the school’s mentorship program.  The mentorship program, directed by Sharon Parker, allows high school students to go off campus and explore careers in their area or field of interest.  An avid lover of colonial and Civil War history, Kevin hopes to major in history and to pursue a possible career in museums.  He will be working at the American Civil War Museum from September 2015 to June 2016.