By Robert Hancock
Senior Curator and Director of Collections

Today we might call President Jefferson Davis a micro-manager. He took interest in a variety of aspects in the running of the war which probably could have been left to subordinates. On the mantel of his home office we find two prototype artillery projectiles. These wooden models (the actual projectiles were made of iron) were the type that served as patterns in the government’s Patent Office. 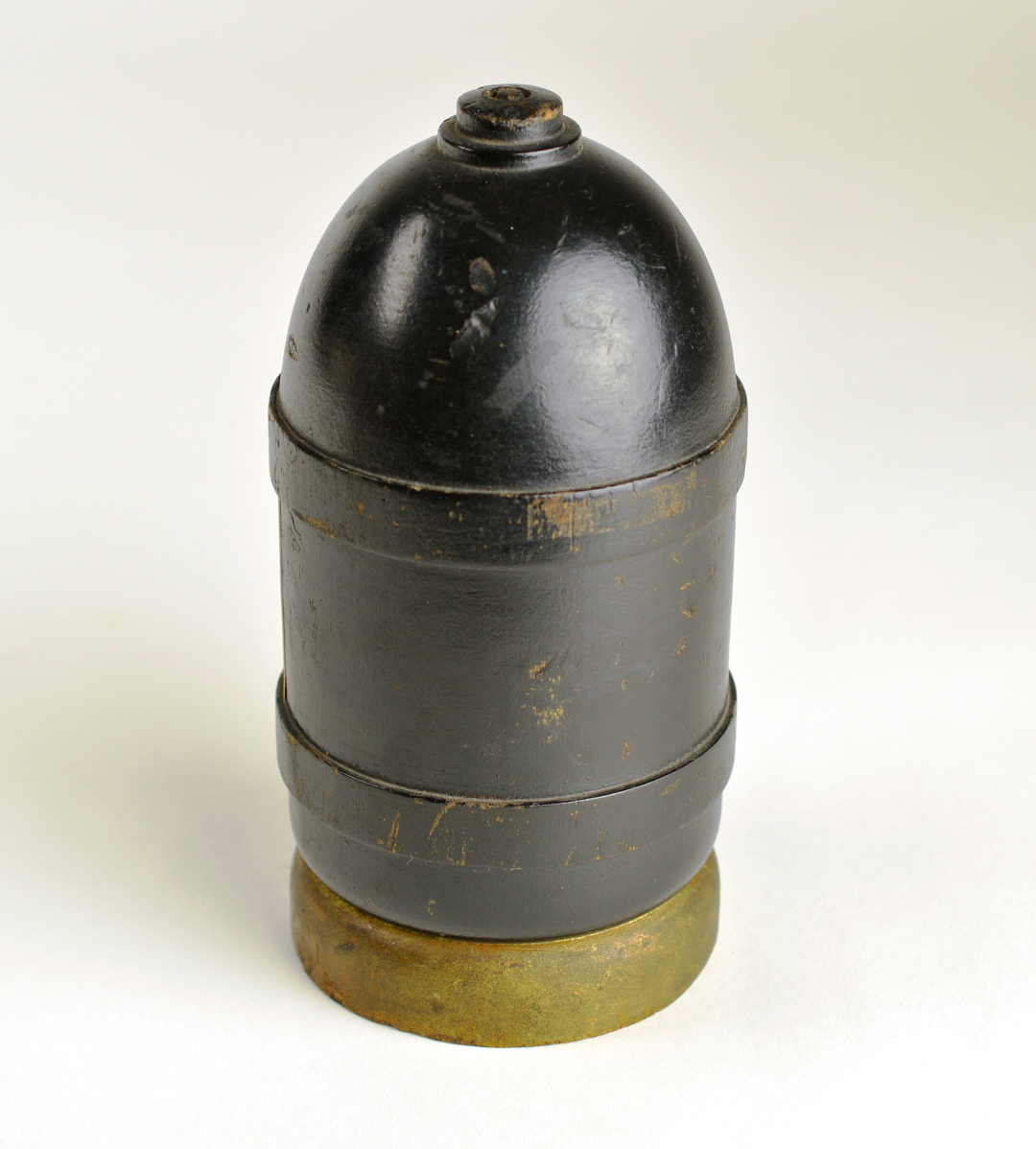 This model was designed by Captain Isador Girardey and the top is fitted with his patented percussion fuse which caused the shell to explode on impact. 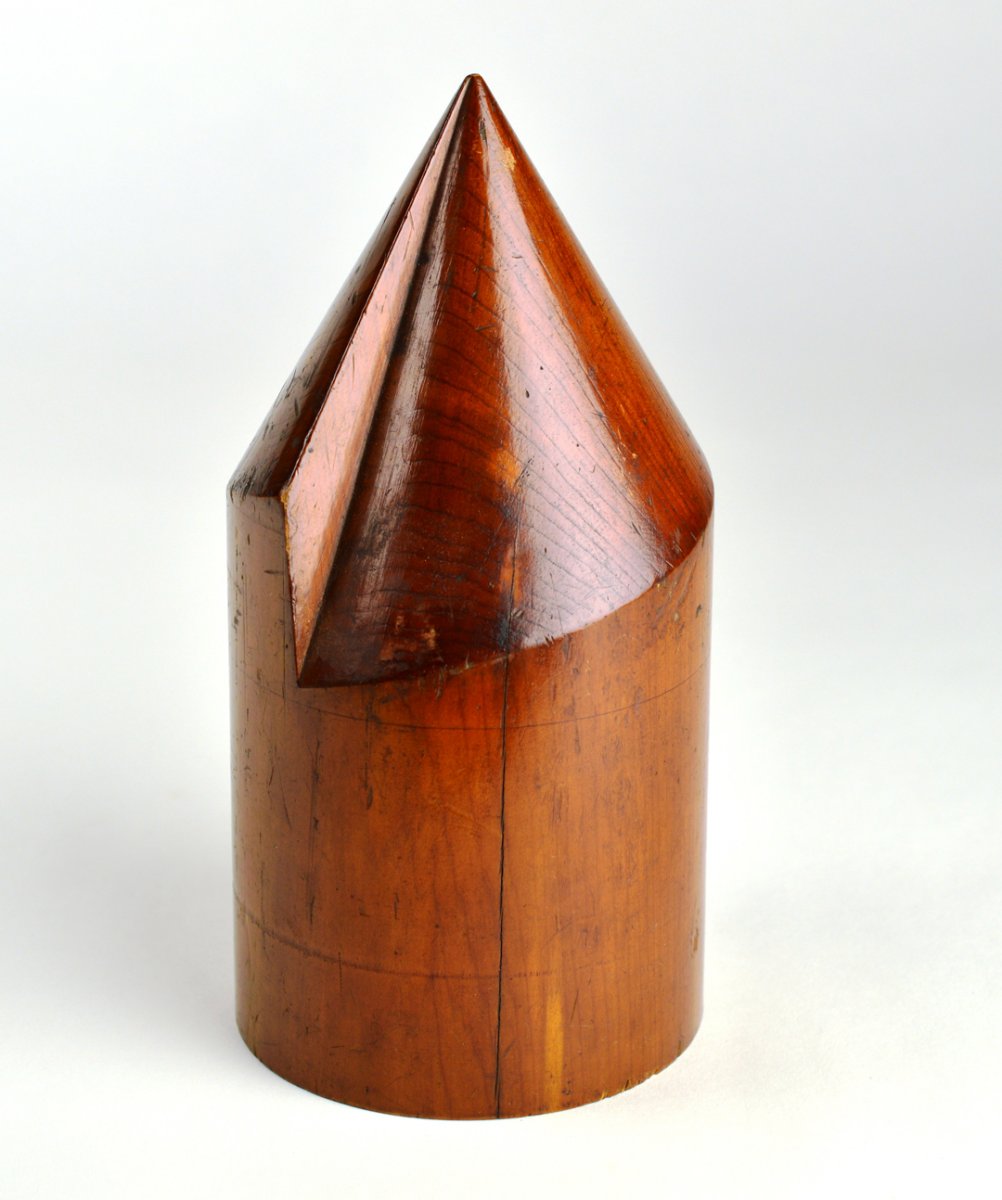 James H. Carkeet invented and made this model of a cannon “ball,” or non-explosive shot.  A Mississippi newspaper described the unusual projectile: “The body of the shot is cylindrical, the front part terminating in a point at the angle of 35 degrees, more or less; the conical part or point having two blades, or cutters….” The idea of the blades was to produce a shell that could be fired from a smoothbore gun, yet spin like a rifled shell, thus imparting greater accuracy.