Through infographics and newspaper clippings, explore the role that family and kinship ties played in helping enslaved people cope with the condition of slavery, as well as what challenges people faced with finding and rebuilding their families after emancipation. 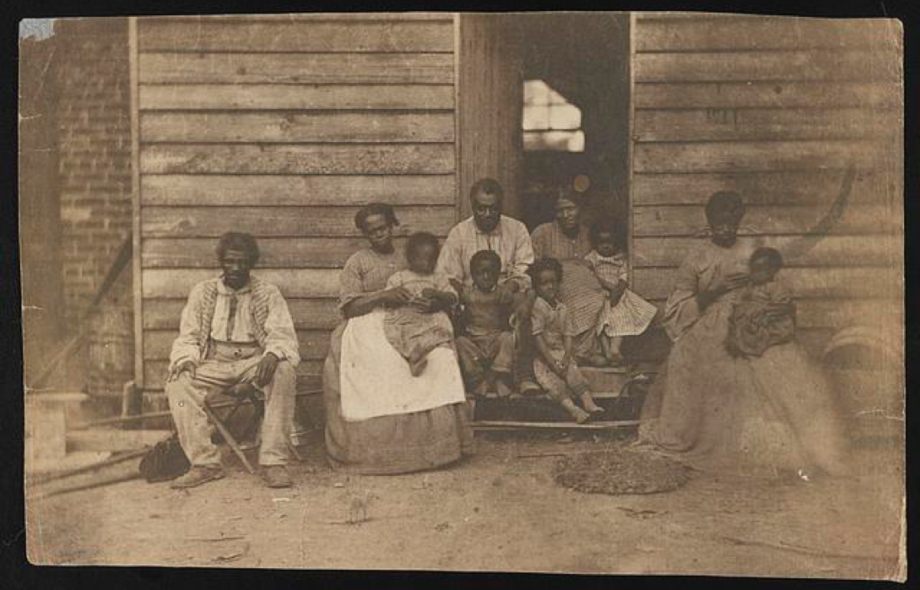 Strong family relationships helped African Americans survive enslavement. Even in the harshest of circumstances, enslaved people got married, had children, loved and were loved. But family life was often not stable. Slaveholders broke up families by selling a husband but not a wife, a child but not a mother. While enslaved, many men and women built strong relationships and considered themselves married. However, their union was never legally recognized. After emancipation, African Americans sought to make freedom meaningful by building or rebuilding their families. In this context, African Americans had the freedom to determine what their own family would look like and the freedom to live with their families without the daily fear that it might be broken up.

After Emancipation, couples could be legally recognized as man and wife and live with their children as a family. The institution of marriage was essential in American life at the time and engaging in the institution further legitimized freed men and women as citizens with rights.

After the Civil War, families strove to expand communities built during slavery. Now in control of their own lives and labor, freedpeople wanted to negotiate the conditions of their work.

Following larger ideals that prevailed across America, many families tried to keep women out of the fields, preferring women and children to work inside the home. This allowed the family to enter a new area of economic activity as the nuclear family could be nurtured and developed.

As slavery ended, many freed people went out in search of lost family members. They sent letters and travel great distances retracing the steps of their relatives in order to find them. Many families posted advertisements in newspapers requesting and providing information about a particular individual from whom they had been separated during the Civil War. These methods proved successful for some, but for many the searches ended with questions unanswered. **A note on language: In some of the provided sources, students might come across words that are offensive to many people today. It’s important to acknowledge the words (since the students will notice) with a reminder that language evolves over time–the term “African American” was not in common usage 150 years ago. These words can be used to hurt people today, so we remind students to leave them in the historical source.**

1. Explore the Fannie Berry slides. Discuss the opportunities Fannie Berry and her family had in Petersburg after Emancipation.

3.Describe the newspaper clips. What are these clips? Why are they published in the newspaper? What do you think life was like for families who could be broken up in this way?

2. Using the photograph, have the students work with a partner and write a paragraph describing the African American family. What are the expressions on their faces? What is the background of the picture like?