As one of the biggest industrial complexes in the South, Tredegar Iron Works did not operate on paid workers alone. Learn more about how the Civil War impacted the use of slave labor in industry. 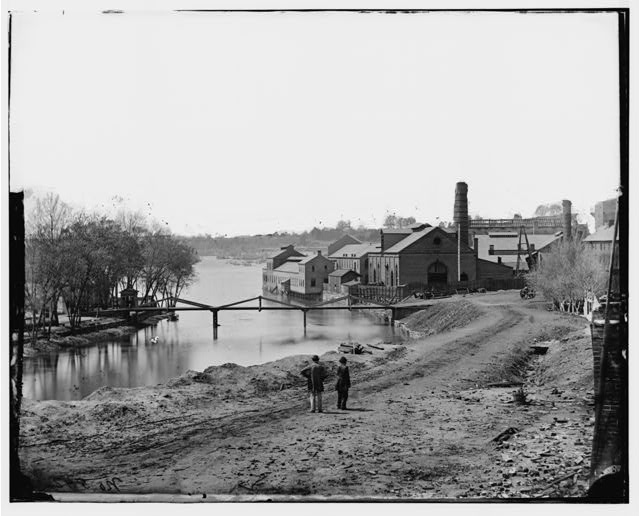 The Tredegar Iron Works was established in Richmond, Virginia in 1837 by Francis Brown Deane Jr., and later bought by Joseph Reid Anderson in 1847, who continued to run the iron works during and after the Civil War. During the war, this became the biggest iron works of the Confederacy. Early in Anderson’s time as operator, he took up a practice that was taking root in the counties and started utilizing enslaved labor for industrial purposes. Believing it to be cheaper to rent slave labor than to pay workers, Anderson also used it as a bulwark against “unlawful combinations” or labor unions as there was no threat of strikes from the enslaved workers. The Tredegar Iron Works company owned several enslaved workers, rented others from local owners, and Anderson himself owned as many as 28 enslaved workers, who he leased to the company. One such enslaved worker was Emmanuel Quivers, who worked as a foreman before he saved enough to buy freedom for himself and his family in 1852. The percentage of enslaved workers at Tredegar Iron Works rose from 10% before the war to almost 50% during the war as white men were drafted into service. By November of 1864, 200 enslaved people worked at the Tredegar site and several hundred more worked in the furnaces outside of the city.