Examine the role and experiences of the USCTs. 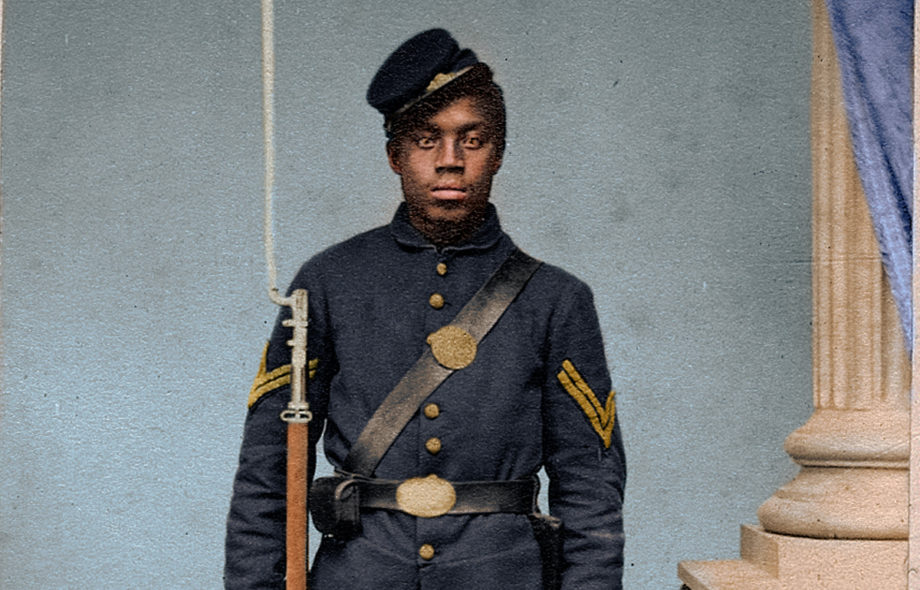 When the American Civil War began, African-American men wanted to join the fight; however, neither the United States nor the Confederate States would accept them as soldiers. Although African-American men were not allowed in the military, they were a critical behind-the-scenes workforce. In the South, enslaved people were forced to dig trenches, built fortifications, work in hospitals and factories, and serve as teamsters (wagon drivers). As the United States Army occupied areas of the South, they began to employ the formerly enslaved to do similar types of work.

In July of 1862, Congress granted the first official authorization of African-Americans in the military with the Second Confiscation and Militia Act. Five Regiments were formed. One of these was the 1st South Carolina Volunteers. After the Emancipation Proclamation went into effect, the United States Colored Troops (USCTs) were formed, and the 1st South Carolina Volunteers became the 33rd USCTs.

Susie King Taylor, a young woman who had formerly been enslaved, enrolled as a laundress for the 33rd. After the war, she became the only Black woman to write about her time with the Army.

Acceptance did not come easily for African-American soldiers. Subject to constant discrimination, they were segregated from White soldiers, paid less, and were given the most menial and laborious tasks such as constructing fortifications, building roads, and collecting firewood. Commanded by White officers, these soldiers were treated like laborers and suffered the prejudice of Northern White soldiers. Blamed by some soldiers as being the cause of the war, African-American troops weathered dangers from friend and foe. As the USCTs were given the chance to fight and gained more combat experience, White troops began to respect their bravery and valor.

In all, approximately 180,000 African-American men served in the United States Colored Troops. They fought in 39 major engagements and 410 lesser actions. Sixteen men who served in the USCTs received the Medal of Honor for courage and bravery under fire.

Featured here are two artifacts (a letter as well as an image of a Confederate flag) that can be used to develop a deeper understanding of the experiences of African-American soldiers during the war. Both are from the Battle of the Crater, which was fought in Petersburg, Virginia, on July 30, 1864. (Note: In the letter, Anthony Sydnor Barksdale writes of the slaughter of USCTs and uses the word “negrows” several times. The Battle of the Crater is an extremely controversial event. Atrocities were committed as defenseless Black and White soldiers were slaughtered at various times. Be prepared to deal with these issues as well as the language in the letter.)

Battle of the Crater (Encyclopedia Virginia)

1. Read the letter from Anthony Sydnor Barksdale to his sister. How does Barksdale describe the battle? In what way do you think the sentiments expressed by Barksdale were typical?
2. Describe the captured Confederate flag. What does it tell you about its use in battle? How do you think members of the 43rd United States Colored Troops felt upon seeing their captain capture this flag?

1. Have the students read the letter and also watch a short video on the Battle of the Crater by the Charles H. Wright Museum of African American History. After doing so, have the students compare and contrast the similarities and differences between the letter and the video. Students can work in small groups or with a partner.

2. Have students write a letter from the perspective of a soldier involved in the Battle of the Crater.

3. Using this photo, have the students write a paragraph describing these soldiers. Students should include the expressions on their faces and their overall demeanor. Students should take 15-20 minutes to complete this task.